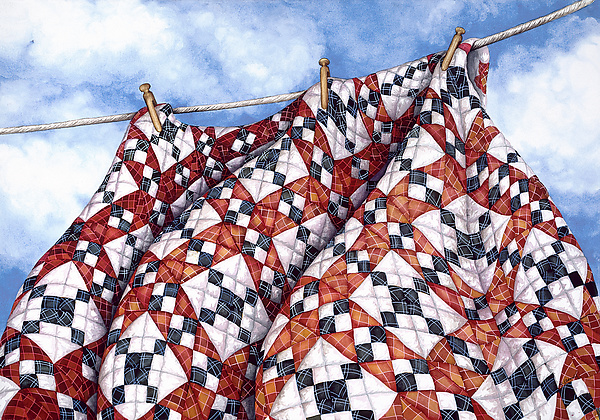 Created by Helen Klebesadel
This is a limited edition giclee print of an original watercolor entitled Freedom Quilt, which is inspired by the traditional Underground Railroad pattern that some say were used by Quakers to indicate safe houses for slaves escaping on the underground railroad. A giclee print is a high-end digital print. This print was created using the exclusive Heritage Giclee print process which is the only giclee process that has been granted official trademark registration by the U.S Patent & Trademark Office. The inks have been third-party tested indicating an expectation of 130 years with no noticeable fade and the watercolor paper on which they are printed is 100 percent rag. Limited edition of 100. Paper size is 17''H x 22''W. Dimensions refer to image size.