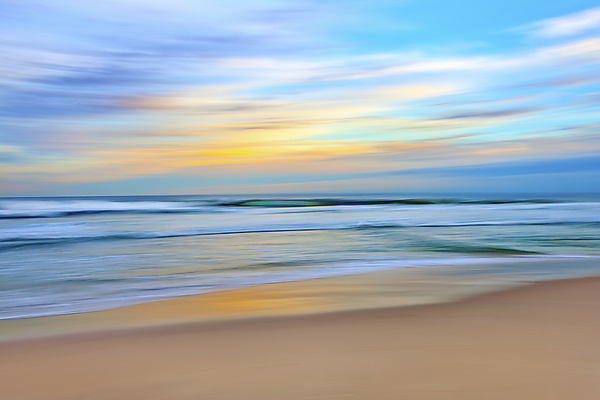 Created by Richard Speedy
"The Last Glow II" was made near Orleans on Cape Cod. The artist had scouted this location two weeks earlier and was lucky when he returned as cloud and light conditions evolved dramatically. Shooting at long exposures from his tripod brought some nice energy to the image, but it was not until later as he edited the shoot in his motel room that he realized he had captured the last glow of light backlighting a cresting wave.

The print is made in the artist's studio with pigmented inks on museum-quality, acid-free, cotton rag paper. The combination of ink and paper is of the very highest archival quality. When displayed properly it will maintain its beauty and richness for generations.