"I'm inspired by nature and love to work with my hands. The endeavor of turning a lifetime of impressions into objects of beauty is both my passion and my refuge."

As a designer and maker, Tom has been involved in contemporary craft for nearly 50 years. Driven by a need to evolve both as an artist and technician, the clean lines and unadorned elegance characteristic of his work are the result of Tom's unwavering approach to jewelry design: to create understated pieces using simple shapes, soft forms, and subtle surface textures.

At the vanguard of mixed-metal jewelry for more than 30 years, Tom's work is defined by exceptionally high standards and a contemporary Eastern aesthetic. Subtle contrasts of color and texture are achieved by fusing 22k gold on silver. Forging and die forming provide volume to the shapes. Soldering and fusing connect all the elements. Edges are burnished for contrast, and brushing allows for a rich velvety finish.

Tom's first memory of making was at six. His family lived in an old house just blocks from the suburban sprawl underway. He would walk to building sites with his wagon to collect wood scraps. Using his dad’s hammer and handsaw, he built a fort. He studied art in school, but the idea of making a living with his hands took hold at Woodstock. Watching long-haired kids like himself selling leather belts, sandals, pottery, and weavings made a lasting impression.

A few years later, Tom began making jewelry for a small studio in Rockport, Massachusetts. He learned basic metalsmithing skills and gained valuable experience in display and marketing while exhibiting in national trade shows. In 1976 Tom and his young family moved to New Hampshire, where they designed and built a home and studio. He has taken workshops from renowned artists, but credits his many jeweler friends for offering technical advice, sharing ideas, and providing lasting friendships that continue to sustain him. 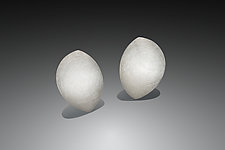 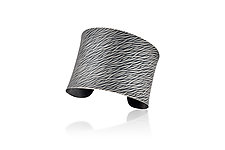 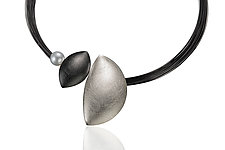 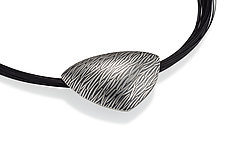 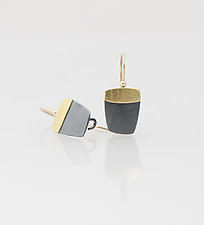 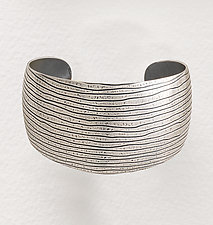 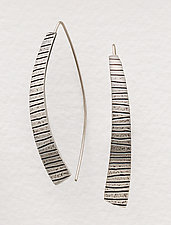 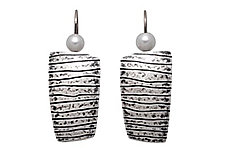 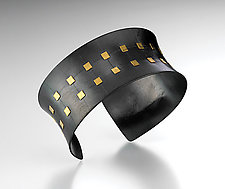 Sold Out
Half Round Basket Earrings
Silver Earrings
by Tom McGurrin