"There may be easier, faster methods of creating in ceramics, but for me, none are as satisfying as hand building."

Jim Webb began studying with acclaimed ceramist Toshiko Takaezu while an undergraduate at Princeton University. After graduating, he traveled extensively before returning to the US to study economics at Columbia University. It was while studying at Columbia that Webb rediscovered his love of ceramics. At Toshiko's urging, he moved to Lambertville, New Jersey, and became a member of the now-defunct Clay Co-op. In 1978, he opened his own studio, which is today Studio 233.

Webb's interest in lighting was born of a desire to combine clay's sculptural and functional potential. He creates a distinctive statement with the use of glazes and metallic oxides. His hand-built slab lamps are embossed with a variety of carved relief designs that make each one a unique piece of art.

In 2001, Barbara Webb began working with her husband, creating the shades for his lamp bases. She uses handmade papers from around the world. 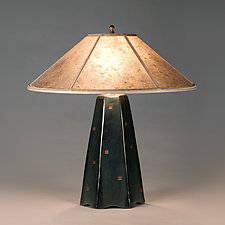 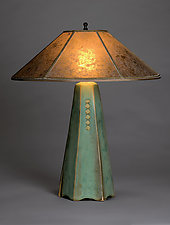 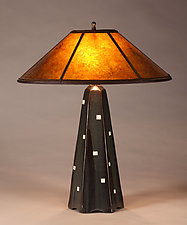 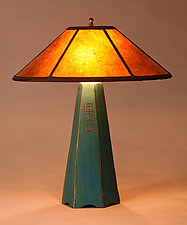 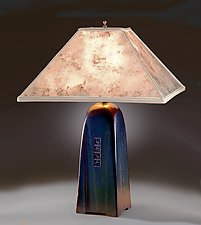 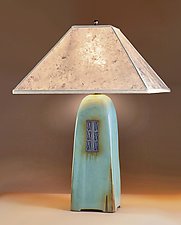 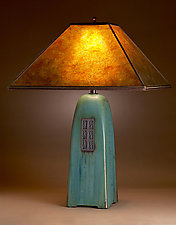 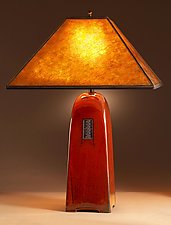 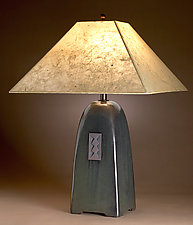 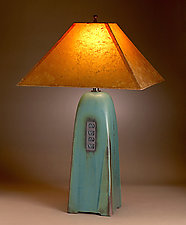 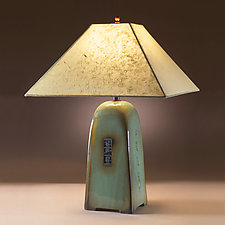