"Even when something is totally obliterated, I try to maintain a sense that the history of that mark or image is right there under the surface—just as people carry so much just under their surfaces."

Robert Stolzer's paintings are derived from natural forms: seedpods, dried flowers, sprouted potatoes, garden and life fragments. The layering of paint and imagery is important to him. He finds that surface interest is increased when a painting has a number of layers, resulting in a palimpsest quality. He seeks to convey the mark of the hand—the human being behind the work.

Stolzer's paintings begin and end with drawing. He starts by drawing on the canvas, and as he works the shapes into final form, he continues to emphasize line, erasing, redrawing, and adding to his initial drawing. He seeks freshness in the paintings, and avoids overworking the canvas surface. 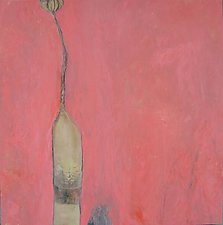 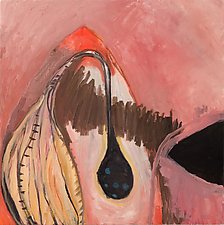 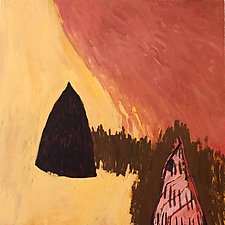 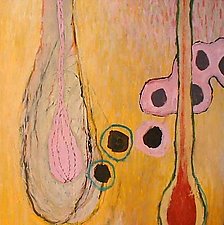