"I was born in England in 1953 and grew up in Charlottesville, Va. I started building as a young boy and had my first formal woodworking lessons at nine. My high school years were filled with making sculpture and furniture. "

Blaise went to the School for American Crafts in Rochester, NY, and graduated with a BFA in 1975. He was there at a particularly wonderful time when there were many different teachers. He studied with Bill Keyser, Jere Osgood, Jim Krenov, Jon Brooks, Ian Kirby, and Doug Sigler, with guest appearances from Tage Frid and John Makepeace.

After graduating, he worked for several years building custom homes and making all the cabinets and doors on site. In 1977, he started a small company making custom furniture and in 1979 he combined shops with some friends and started "Gaston and Wyatt," which became the preeminent Virginia firm in the field of architectural woodworking and custom furniture. Clients throughout the United States included projects at Monticello, Montpelier, Ash Lawn, and University of Virginia Rotunda, as well as many private homes and businesses.

Blaise worked from 2003 to 2009 on the restoration of Montpelier, the home of James Madison. It was a fascinating project restoring the house back to the way it was in the early 1800's. These days, he is working on several designs for tables. 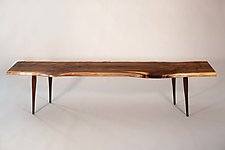 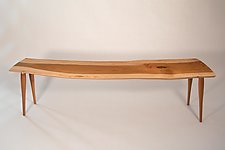 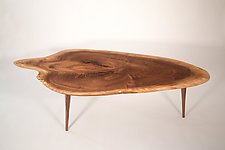 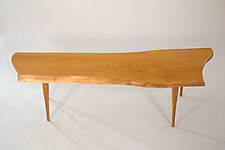 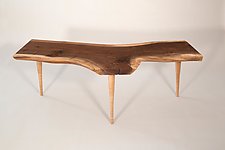 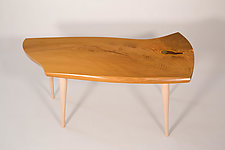 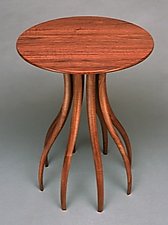