"I like to work for a time with a very limited palette, both in terms of color and form. Then, something will pop, a shift will occur, and I'm on my way down an entirely new path. It's endless. I love it when my own work surprises me."

For the past several years, Beth Ozarow has worked with the figure, primarily as busts and heads. In her most recent work, these figures have emerged with a vivid sense of character. Just as writers often describe the experience of their characters "writing themselves," Beth herself does not know who her figures are until she nears the final stages of a work. For her, the characters do not fully emerge until she paints the sculpture.

After studying sculpture at the Rhode Island School of Design in the early 1980s, Beth worked for several years as a studio assistant to Constance Leslie, a sculptor of architectural ceramics. She worked regularly with a wide variety of handbuilding techniques in clay, honing her skills on the sizeable commissions moving through the studio. Since then, she has combined the technical aspects of claywork with her very personal vision in the service of her own art. She uses a combination of slab and coil construction, modeling, and mold making to build her figures, often incorporating several techniques in a single piece. Since 2001 she's put away her glazes to explore the possibilities of applying acrylic paint to her sculpture, a new adventure that has ignited a parallel body of two-dimensional work on wood and paper. 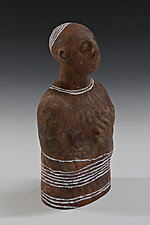 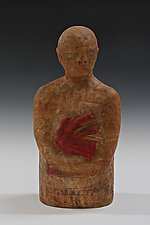 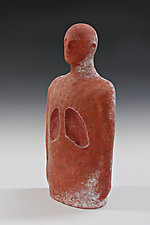 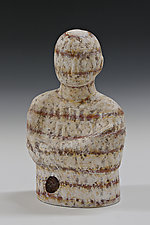 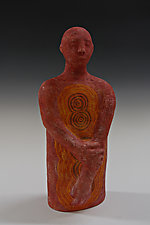 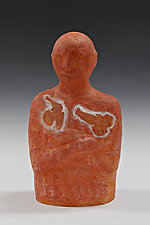 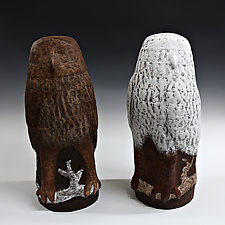 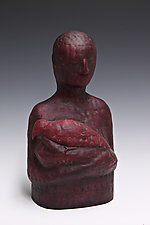 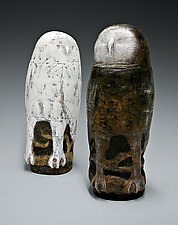 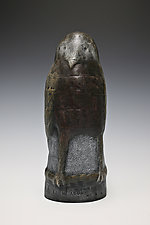 From Above
Ceramic Sculpture
by Beth Ozarow
$ 900